skip to main | skip to sidebar

Looking for Something Fun? Yes and Know...

This year's Civil War weekend started with a six hour drive and included some long, empty miles as we made our way south along the eastern coast of North Carolina. Luckily, we had something along to pass the time.

My buddy's wife gave him a copy of Lee Publications' Yes and Know: Civil War 1861-1865 Invisible Ink Quiz and Game Book. We figured we would ace every category and be bored with it in 15 minutes. Not quite.

Not only does the book contain categories as diverse as Abolition and Showcase of Guns, many of the questions are challenging. Do you know approximately how many rifles the rebels captured during the war? We didn't either (and the questions are multiple choice).

I didn't expect much from this book, but we had a great time with it on the road (thanks, Janet!).
Posted by Steven Mynes at 4:43 PM 1 comment:


In order to consolidate the gains of his successful expedition on the North Carolina coast, and prevent rebel ironclads descending the Dismal Swamp Canal from Norfolk, VA, Major General Ambrose Burnside ordered General Jesse Reno to march north with 3000 men and destroy the locks at the southern terminus of the canal. The majority of Reno's troops, misled by a treacherous local guide, followed an elongated route, arriving on the field fatigued. Warned of Reno's approach, Colonel Ambrose Wright deployed the Third Georgia infantry, a four gun battery, a small cavalry detachment, and some North Carolina militia.

Reno's forces outnumbered Wright perhaps 8 to 1, but Wright chose his position well, posting his troops along the road at the northern end of open fields constricted by woods on both flanks. Wright also took advantage of irrigation ditches, posting his infantry in one and piling burning fence rails in another perhaps 200 yards in his front. The smoke from the burning rails obscured his position and may have led Colonel Hawkins, commander of the Ninth New York, to underestimate the strength of Wright's position.

Reno ordered most of his infantry to deploy in the woods to the left of the open area fronting the rebel position. Colonel Hawkins sensed an opportunity to break the enemy line with a bayonet charge and instead ordered the Ninth New York to charge the enemy's line. Soon after the Ninth crossed the burning ditch, a withering fire of musketry and canister stopped their advance cold and drove the to seek the shelter of the woodline where several other Federal regiments had deployed. Most of the 113 Federal casualties at South Mills fell during Hawkins's ill-fated bayonet charge.

Depsite their success against the Ninth New York, Wright's men were running out of time. The Federal Fifty-First Pennsylvania and 21st Massachusetts regiments fixed bayonets and moved out from the woods on the Federal left and launched another bayonet charge. Reno had also deployed the Sixth New Hampshire regiment on his left, where they advanced, delivered a volley, and sought out the rebel right flank. Wright wisely withdrew his small force before being completely overwhelmed.

The Federals remained in place for the night. Though within 3 miles of the canal locks he had been sent to destroy, Reno gave credence to rumors of Confederate reinforcments and withdrew the following day. Despite failing to achieve his primary objective, Reno considered the expedition a success. The fall of Norfolk less than one month later forever neutralized the threat of rebel ironclads descending the canal, however unlikely it may have been.
Posted by Steven Mynes at 9:35 PM 1 comment:

Frosttown Gap and the Meaning of Stewardship

The Frederick News post ran a story today on the purchase of 97 additional acres for the South Mountain Battlefield here in Maryland. Read the story here - http://www.fredericknewspost.com/sections/news/display.htm?StoryID=109046.

While our neighbors to the north cannot seem to understand the trust they have been given to preserve and protect a national treasure, Maryland has leveraged funds available through Program Open Space to enhance an important site of the Antietam Campaign. Way to go, Maryland, and thanks to part time Ranger John Miller, who spearheaded this effort.

Why is it so much of Adams County doesn't get it? Some people need a lesson in stewardship. The heritage entrusted to them entails the responsibility to maintain the integrity of the battlefield against short-term, and short-sighted, development opportunities. But economics trumps everything, right? Wrong. Especially the kind of voodoo economics that ignores the adverse impacts to other local economies faced with the same choice who made the wrong decision. So how about it, Adams County?

By the way, to those you in Adams County working to prevent this travesty, thank you.

Cold Harbor and a Note on Droid Blogging 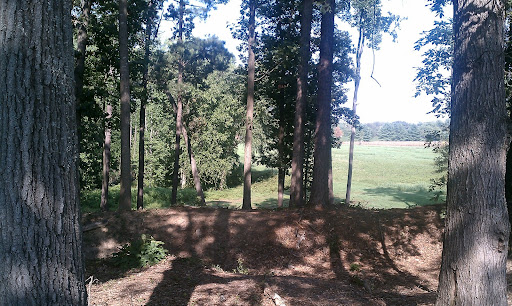 I am back home after a long drive yesterday that included a quick stop at Cold Harbor. The works in the photo are those of Hoke's division short distance from the Visitors Center. A fitting end to a great weekend as Home's troops fought at Plymouth, Wilmington, and Wyse Fork, all stops on our tour. I'll have more substantial posts on several these sites over the next couple of weeks. Cold Harbor has changed great deal since my last visit, and is now on my list of sites to get back to soon. There's more to the story than just seven minutes of slaughter.

One final "note from the field." I downloaded Blogaway Lite after some issues uploading photos with my other client. Blogaway has been flawless. I enjoy the immediacy of posting during or shortly after a visit. I would have posted more on site, but since I had a buddy along, it wasn't always convenient or polite to be tapping away on my new toy. And sometimes it's best to put the darn thing away and take in your surroundings.

Posted by Steven Mynes at 1:09 PM No comments: 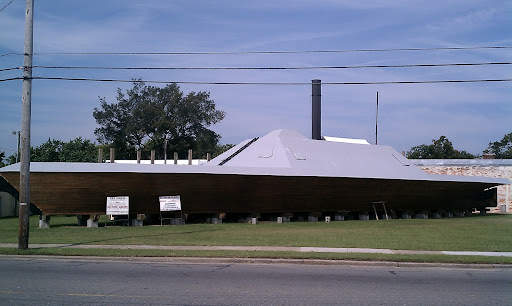 Not what you'd expect to find on the average vacant lot in downtown Kinston, NC. The replica is full-size and usually open to the public (including the interior). Still impressive from the outside, the Neuse ll is the only full scale CSS ironclad replica in existence.

While in Kinston, also check out the CSS Neuse Museum, the Civil War Trails markers for the first battle of Kinston, and just to the west along Route 70, the markers for the battle of Wyse Fork. Be aware, though, that most state facilities in NC are closed on Sundays. 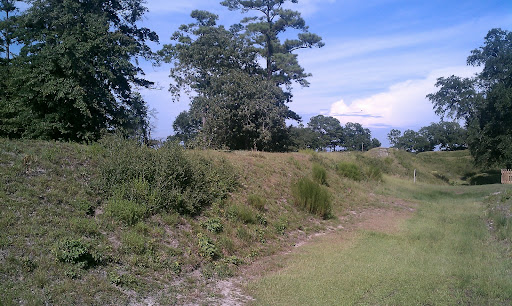 Guarding the Cape Fear opposite and somewhat farther up-river from Battery Buchanan, Fort Anderson mounted mostly obsolete 32lb cannon. The garrison also possessed a 12lb Whitworth Rifle that proved more effective against Federal gunboats, but was short of ammunition. The massive earthwork, which extended landward along a series of flooded ponds, though not far enough to prevent a successful flanking maneuver by Federal forces under General Jacob Cox. 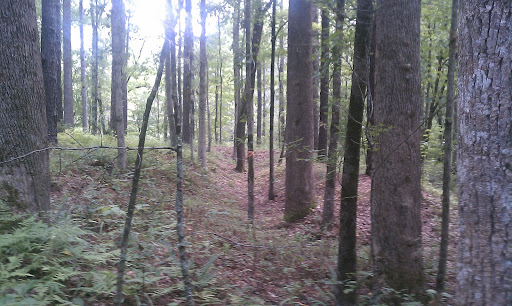 The New Bern battlefield park encompasses much of the area that saw the heaviest fighting, including some well preserved earthworks manned by the 26th NC. The area of the Federal breakthrough, a brickyard near the railroad, is also part of the park. Work is still being done to improve the trails, and the 26th NC (reactivated) has placed a monument commemorating the sacrifice of that regiment on this field in 1862.

Posted by Steven Mynes at 7:16 PM No comments:

Readers familiar with the extensive series of essay compilations on the Civil War's eastern campaigns will welcome this first of a new series of volumes focusing on the war in the West, edited by Steven E. Woodworth. The work includes contributions from several notable historian, covering themse ranging from the leadership of Albert Sidney Johnston to the role of the gunboats Lexington and Tyler in the battle.

The varied subjects in this volume are essential reading for students of Shiloh. Timothy B. Smith's analysis of the story of the Hornet's Nest suggests the importance of this aspect of the battle has been over-emphasized. Woodworth himself works through the confusion of Lew Wallace's march to the battlefield, and demonstrates that while Grant and his aides may not have rendered the details with complete accuracy, Wallace displayed a surprising lack of urgency in his movements. The other essays in this volume offer equally compelling perspectives on this famous contest between the western armies. 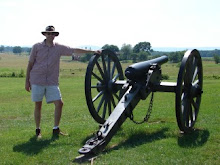 Steven Mynes
Sykesville, MD, United States
I have been studying the Civil War and touring battlefields for over 20 years.

This site provides near comprehensive coverage of a minor engagement of the Civil War. Resources include and overview of the battle, official reports, maps - including a Google Earth view with a troop movement overlay, and a virtual tour.